Which Will is Right for You? 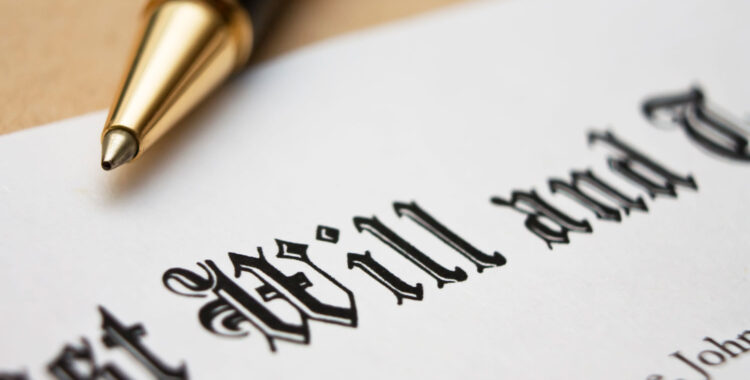 You may have heard of a “living Will”, “Last Will & Testament”, or simply a “Will”. Are there differences between these documents? The short answer is yes, there are different types of Wills in Alberta. However, spoiler alert, in most cases a formal Will is the most common and suitable option for the average person. Nevertheless, it’s helpful to have an understanding of the different types of Wills that exist in Alberta, so that you’re sure of which option is right for you.

By way of background, a Will is a legal document that contains a Testator’s (also known as a Will-maker) wishes regarding their property, assets, disposition of remains, and guardianship of their dependents, after they’ve passed away. A Will, at minimum, usually appoints a Personal Representative, or Executor, to gather and distribute the deceased’s assets, settle any debts, and otherwise administer the Estate. A Will also names one or more beneficiaries to receive the deceased’s assets and property.

There are 5 types of wills commonly used in Alberta:

Formal Wills are typically lawyer-drafted and must meet several requirements in order for them to be considered valid. These requirements and best-practices include:

A Holograph Will is an informal Will, written by the Testator, in their own handwriting, and without the presence or signature of a witness, or any other formality. The requirements and best-practices for Holograph Wills include:

People sometimes draft their own Wills based on their online research or based on a template that they’ve found. Other times, people purchase a Will Kit from their local registry office, bookstore, or another retail outlet.

Related: How often should I update my Will?

We’re cheating a little bit by including Will Kits and Self-Drafted Wills on this list because they’re technically not a separate category of Wills under Alberta law. Instead, Self-Drafted Wills and Will Kit Wills typically fall into one of three categories:

The challenge with both Will Kits and Self-Drafted Wills is that people often miss or overlook one of the requirements of a Formal Will in Alberta, however, because the Will has some formality, it cannot be considered a Holograph Will either, and is thereby invalidated altogether.

If your financial situation mitigates against obtaining a lawyer-drafted Formal Will, it’s likely better to self-draft a Holograph Will as a stop-gap measure until you’re able to afford a lawyer-drafted Will down the road.

While other types of Will require that a Testator is at least 18 years of age at the time the Will is made, in certain circumstances, a Canadian Forces member who is under the age of 18 may be permitted to make a Will.

The key differences between a Military Will and a Holograph Will are as follows:

We recommend that every Albertan who is at least 18 years of age, and who has the capacity to do so, makes a Personal Directive. If you purchase a Will Package from West Legal or another law firm, it will typically include a detailed Personal Directive. If you’re unable to afford the expense of a lawyer-drafted Will package, Alberta Health Services (AHS) offers a simpler template that you’re able to complete yourself.

If you don’t yet have an Estate plan in place, and you’re wondering which type of Will is the right fit for you, the experienced Wills & Estates lawyers at West Legal can help you decide. In most cases, we’ll recommend our Wills package, which we offer at a reasonable flat-rate fee, and which includes both a Formal Will and a Personal Directive, or Living Will. Contact us today to book your FREE, no-obligation consultation! wills@west-legal.ca or 403-723-0175 to get started.